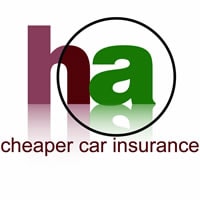 If you are actively searching for a new cheap car insurance quote, and looking to SAVE money on your next policy then click through to the HomeApproved home page and you will find the relevant get a quote buttons at the top of the page.

Age UK Enters the Seniors Car Insurance Market
Age UK over 50s car insurance offers you both protection and peace of mind. This entrant to the market pride themselves on offering great value and many quality benefits. Catering specifically for the over 50s, Age UK car insurance takes into account the concerns and needs of those later in life. With no hidden charges and absolutely no upper age limit, you can rely on Age UK Car Insurance.

2014 Motor Insurance Forecast
2014 has witnessed the wettest start to a year in the UK for literally hundreds of years! Flooding throughout the land, from Somerset to Kent to Lancashire. At the time of writing (March 2014) the latest forecast is for a blast of snow to hit our shores over the next few weeks.

The weather aside, what has 2014 got in store for the UK car insurance sector? We have seen the levelling of premiums for men and women through the EU Gender Ruling, the various scams that have without question driven up all of our motor premiums, the ongoing pothole fiasco, and the influx of EU citizens to the UK adding to the numbers of drivers on our roads.

Whilst the outlook and forecast for the weather seems to establish the credibility of climate change and global warming, what is the forecast for UK car insurance in 2014? For a start many insurers are getting wired to counteract the scammers and fraudsters. Not only do these individuals and groups push up our premiums they cost the motor insurance industry millions of pounds every year in false claim payouts.

Around July/August 2014 most car insurers will begin asking policyholders for their Driving Licence Number (DLN) in a move to cut application fraud. This is part of a national initiative being developed by the Driver and Vehicle Licensing Agency (DVLA), the Department for Transport, and the insurance industry represented by the Association of British Insurers (ABI).

If you are in the market for a new set of wheels, then you could do worse then take a closer look at a hybrid or dare we say it electric car! One possible favourable spin-off (in addition to saving the planet) is that it may be the case that in the not too distant future you might be benefiting from lower motor premiums for going green. Maybe as much as £300 per year if you choose to become more environmentally friendly on the road!

Well, we would like to tell you that we have left the best to last. Unfortunately if you are to believe some industry commentators this is not the case. We have already read the stories of how motor premiums will soar 25 per cent this year. A sharp rise in the number of uninsured drivers and the spiralling cost of compensation claims are partly responsible.

The new rises are predicted in a report by analysts Datamonitor. They mean a driver who now pays £417 for fully comprehensive cover on a Ford Mondeo will face a demand for up to £521. The last word from us in 2014 is that if you want to get hold of a lower, better value-for-money policy the advice is as always: Shop Around!

Car Insurance App on Your Smartphone or Tablet
The best place to begin is to define exactly what an app is?! The word app is a noun, and it’s short for ‘application.’ Application in this case refers to a software application — in other words, a software program.

So where do app’s fit in to the world of car insurance? Well we know for certain that the insurance sector in the UK is enormously competitive and insurers are constantly looking for a competitive advantage – other than price.

In addition the most forward thinking motor insurance companies are looking for ways to simplify and speed up the process of customers finding and interacting with a motor insurer. The rise of smartphone and tablet use for search has also been a key driver in the rise of the car insurance app.

The term frictionless e-commerce is now coming to the fore in the context of making it as painless as possible for consumers to make a purchase online. MoneySupermarket recently launched it’s new app and markets the fact that you can renew your car insurance in just 3 taps!

You can download free copy of the new Moneysupermarket Car Insurance App for your iPhone, iPad, iPod Touch or Android phone. Many see app technology as the logical next step – moving on from trawling across the Internet on your laptop searching for hours through price comparison websites.

Car insurance apps let you compare quotes on your mobile device. You can then choose to purchase your new motor policy straight from your phone. It’s secure, fast, easy to follow and saves the individual valuable time and effort.

There is also now a different type of app as demonstrated by the Aviva Drive App. Test your driving skills with the free Aviva Drive app and you could save up to 20% on your comprehensive car insurance. How does it work? This app is free to download and uses your phone’s inbuilt GPS to track how you brake, accelerate and corner. The bottom line: Safer Driving = Lower Premiums!

Concerns have been raised that the market in the UK for motor insurance has not been functioning well for motorists. Specifically a study conducted by the OFT gave it grounds to suspect that particular features of the market may prevent, restrict or distort competition.

If you are the driver of a vehicle and have an accident which is deemed to be your fault, it is often the case that your insurer has no control over the way repairs and replacement vehicles are provided to the ‘not at fault’ driver.

This scenario can lead to situations where the cost of repairs, hire and replacement vehicles being considerably higher than they should normally be. This, without doubt would lead to higher costs for insurers and ultimately higher car insurance premiums for motorists.

The Competition Commission has up to two years to report its findings, and must produce its final report by 27th September 2014. Persons wishing to contribute and/or submit evidence can do so by writing to the following address:

Vehicle Market Value
You may not be fortunate enough to own a Bugatti Veyron but you might be interested to know the true value of your car?

Many people favour selling their car privately as opposed to offering their vehicle as a trade-in on a vehicle of a garage forecourt. It does however take some effort to get the best price, and for many of us, negotiating on price is as stressful as it gets!

You can sell your vehicle privately relatively cheaply: less than £30 for an illustrated ad in Auto Trader (your ad will go online, too). However you may need to be patient, particularly at quieter times of the year or if you’re selling an unpopular model.

With recent economic turmoil in the UK an important point to consider is that if you own a vehicle over 1 year old then the value of your vehicle could be (considerably) less than you think! Don’t forget that car insurance companies deem that the market value of a vehicle is whatever a claims assessor thinks the vehicle is worth if it written off in an accident or stolen and never recovered. This potential shortfall has led to the rise in recent years of Gap insurance.

To accurately establish the market value of your vehicle a good place to start is the Glass’s Guide. Their well respected guide is used by the motor trade to buy and sell its cars, and so should you. There are also plenty of online web sites which also value your vehicle free of charge.

MPG
More motorists are now swayed by the ever rising MPG (miles per gallon) official fuel consumption figures when choosing which car to buy. When you are in the dealership buying your brand new or second hand motor claims of over 50mpg can be the decisive factor between which manufacturer and model of vehicle to choose.

However, just how reliable are these MPG claims? You may of read stories about the figures for MPG being somewhat different and falling short of the actual figures achievable by day-to-day on-road driving. Nobody wants to purchase a new car with the promise of 70mpg only to see a return nearer 50mpg!

Today all cars sold in the EU are subject to the New European Driving Cycle (NEDC) fuel consumption test. Motor manufacturers are obligated to publish the test results as the official mpg figures for their particular cars.

BUT, there is a proviso to this as the test was actually devised way back in the 1970’s! Obviously circumstances have changed enormously since then, cars are different and the test does not take into account driving up hills for example. You can see then that the figures quoted by manufacturers quite often fail to equate to what you will return driving normally every day.

Recent research has suggested that real world fuel consumption differs by as much as 21%. This means your real MPG could be as much as 21% less than that you saw in the glossy brochure in the car dealership. There is a new more accurate test on its way but it is unlikely to be operational until 2017 at the earliest.

Often buyers of the latest ultra-efficient vehicles are the most disappointed as the bold claims for MPG are rarely returned when you drive your shiny new vehicle out of the showroom, up the hill and home. If you are really keen to obtain a more realistic MPG figure for a car you are looking to buy it often makes sense to refer to motoring organisations and the media.